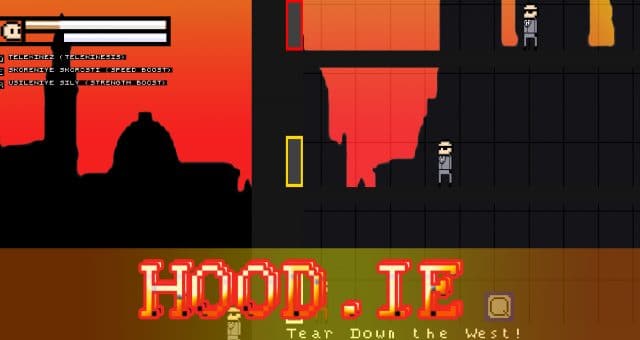 My game is called HOOD.IE which is a 2D platformed, is about a Russian Patriot, whose goal is to retake his homeland from the American Invaders.

It is set in an alternate universe where America won the cold war, and overpowered the USSR, turning it into the USSA (United Soviet States of America), creating 46 more states in the process.

A decade later our protagonist, known as Ivan Egor, finds a mystical Hoodie, with the soul of the Russian spirit, trapped inside.

The hoodie grants him the power (allowing him to use his ‘abilities’).

Ivan soon created an alias for himself, HOOD.IE, as he would later be known as, and with the power of the true Russian Spirit, he would tear down the west, and reclaim the motherland.